When I say “we”, I really mean David. My kiln was thirty-seven years old. Each time I fired it, the walls seemed more crooked. I’d been telling David for the last several years that I really needed to rebuild it, but it seemed like such an overwhelming task. I originally built the kiln at my parent’s house in 1977. I had someone help me who had worked laying bricks before, and who knew how to build an arch. I saved the arch form and in 1980, I tore the kiln down and moved it to my house and studio. It took me a month to remove and scrape the mortar off the bricks, and rebuild the kiln at my house. And I did all of that work myself, and I was so proud when I finished. Now that I am a woman in my sixties, the idea of doing that again seemed insurmountable. But I kept talking about rebuilding the kiln, then one day in the late summer I came home, and David had torn down the old kiln. He left the chimney, the door and the floor. He told me that he couldn’t understand how the kiln was still standing, as the bricks were in so many pieces from years of use. I felt a little panicky when I realized that I no longer had a working kiln, but there was no reason to. My husband, David, is one of the most productive people I know, and when he has a project to do, he gets after it. We had saved the arch form that has been used in 1977, 1980, and finally 2018. I think in 1977 I couldn’t imagine that I would still be alive in 2018, but I’m not dead yet, so I saved that arch form! David has almost finished the kiln now. He’s going to add a second row of bricks to the arch. My former kiln only had one row of bricks on the arch. Two rows will be more efficient since I fire to over 2300 degrees. And about thirty years ago I found a bunch of brand new insulating firebrick that was for sale at a bargain, so I have plenty of brick to redo the arch and walls. I have saved this brick in my garage all this time. The other change I made is to make the back wall 13″ wide instead of the previous 4 1/2″. This will not only insulate better, but it will make the inner part of the kiln smaller. It used to hold three rows of 12″ by 24″ shelves, but now will only hold two rows. It has taken me at least six hours to load the kiln, and that’s very exhausting especially on cold days. I’m very excited now to have a new kiln that will be easier to handle and load, and that I won’t have to rebuild until I’m 100 years old. 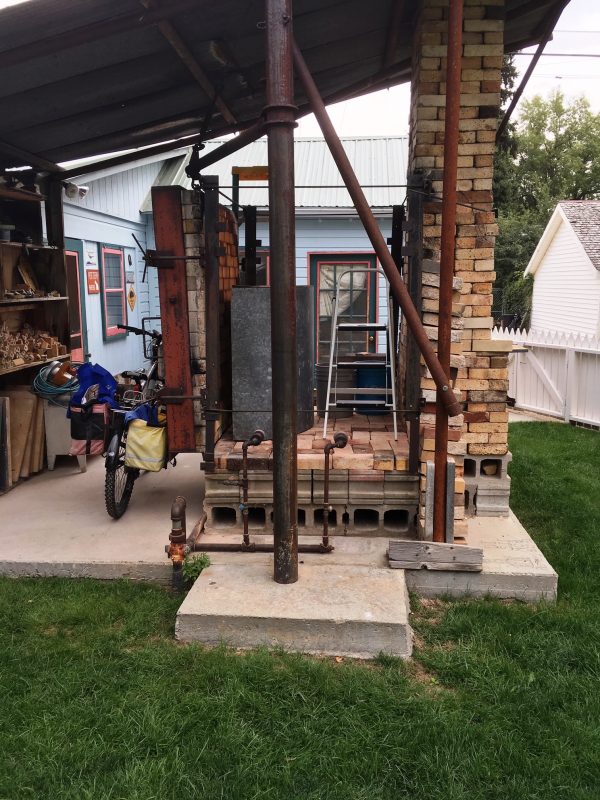 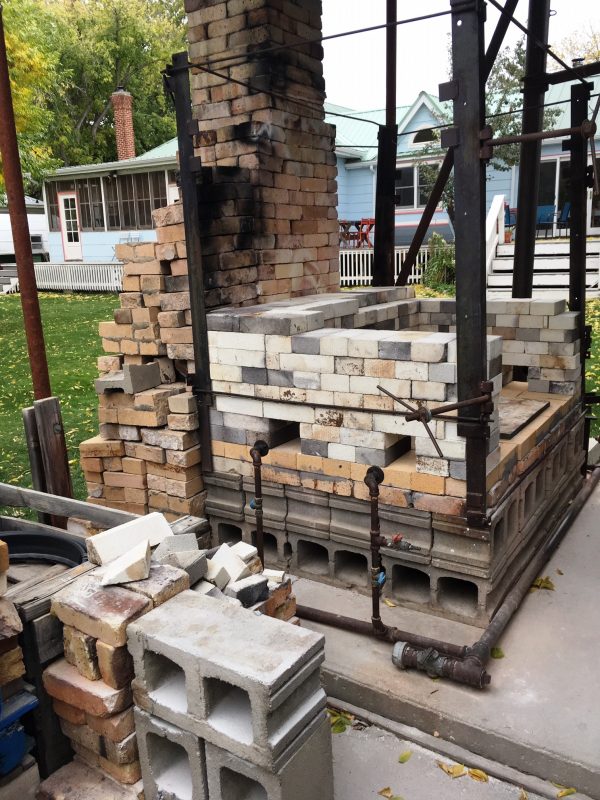 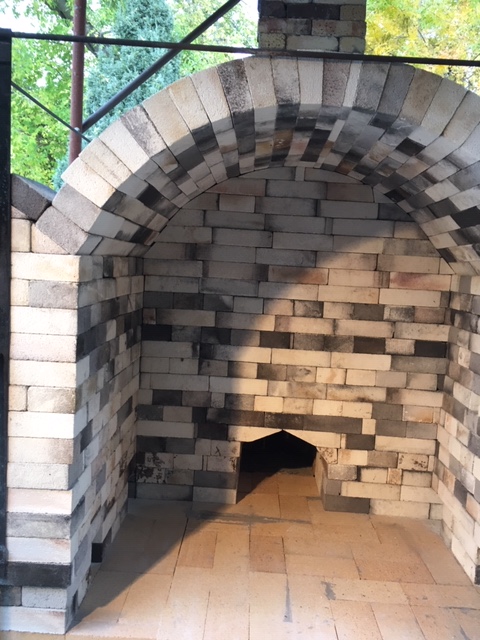